Capture professional cameras and other broadcast equipment to your computer 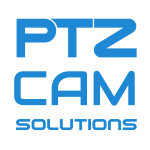 The CAP4-SDI capture card from PTZCam is a PCI Express x4 full-height card designed to capture up to four (4) SDI video signals into your Windows PC. The card supports up to 1080p at 60 fps video data rates, as well as stereo audio embedded in each SDI input.

This easy-to-use capture card is a simple and affordable to way to get multiple video signals into a computer. The applications for this include live event production, video conferencing, distance education, esports gaming, and medical device output capture.

Because the CAP4-HDMI runs on any standard Windows computer you can use it with virtually any Windows-based software that supports Microsoft DirectShow drivers, such as vMix, OBS, Xsplit, Wirecast, Adobe FMLE, and VLC.

There are no reviews yet.